Plaintiff found a lost hunting dog wandering as a stray and took it in, posting notices announcing its discovery and notifying authorities. It came to be regarded as a family pet. A year later, defendant owner located the dog and retrieved it. Plaintiff sued for replevin and trial court found for plaintiff. Defendant appealed.

What Vermont property laws apply to a lost family pet? Does the passage of time affect the original owner’s rights? Should courts distinguish between pets and livestock? Does a family law element invoke in dealing with pets? Should courts use a public interest argument in adjudicating lost pet disputes? Is this an instance of conversion?

The appellate court affirmed, finding that VT’s lost livestock statute did not directly apply (making plaintiff’s imperfect compliance therewith moot) and determining that public interest would be best served by allowing plaintiff to keep the dog.

Defendant argued he was entitled to the return of the dog as he was the owner and that plaintiff had not complied with the “lost beast” statute requiring a specific set of notices and final disposition. The court considered whether a family law analogue could apply, with reasoning made according to the best interests of the dog. The court found that neither the livestock rule nor the family law approach applied well: the livestock rule was intended to apply with animals of significant agrarian value, and evaluating the best interest of the dog was broadly imperfect. 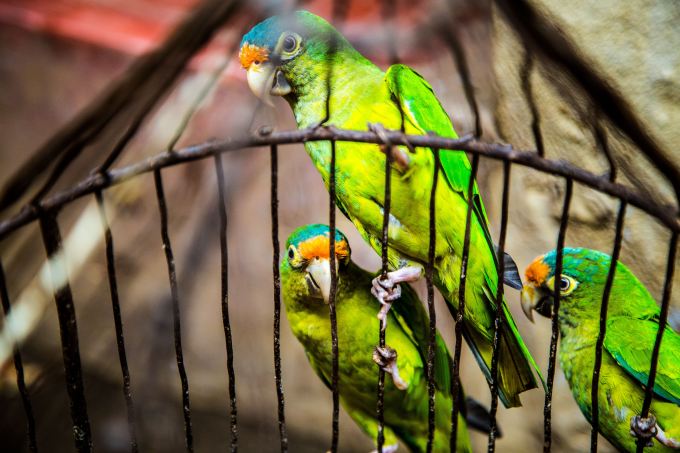 How do you determine the identity of an animal? Is the true owner of lost property entitled to its return? Does this change when dealing with a wild animal?

The court found that the parrot was indeed the lost parrot and dismissed.

The court made a finding of fact, on evidence, that the parrot was indeed the same as the one which escaped from the Defendant. An owner of lost property is entitled to its return. However, in dealing with a wild animal (ferae naturae), the loss of the property extinguishes the property rights of the original owner. In this case, the parrot was held to be domesticated, not wild, and so its return was right and the plaintiff’s action was without merit.